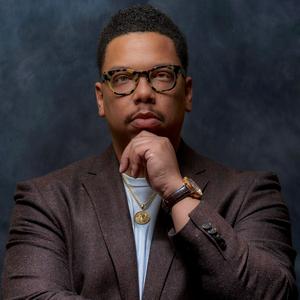 K. Chase Patterson is the CEO of the Urban Academy of Greater Pittsburgh and Founder & Executive Producer of the State of Black Learning. He is a proud native of Pittsburgh, Pennsylvania.

Before working as a consultant and the Chief Diversity Advisor to the largest Panera Bread Franchisee, Covelli Enterprises, Chase served as the federal liaison to the Departments of Homeland Security, Immigration, State, and Education on behalf of Pennsylvania Congressman Mike Doyle.

Before becoming CEO of the Urban Academy of Greater Pittsburgh, Chase served in several capacities, as Trustee, Business Manager, and Chief Operating Officer, and led the rebranding, relocation, and renovation of a new school.

His leadership has been recognized locally and nationally in Pittsburgh Magazine, Whirl Magazine, the New Pittsburgh Courier, Ebony Magazine, and Black Enterprise. Chase is a proud member and former board member of The Alpha Phi Alpha Fraternity, Incorporated.

Chase and his son, also Chase, live in Pittsburgh's East Hills community. The younger Chase is a student at the Urban Academy.