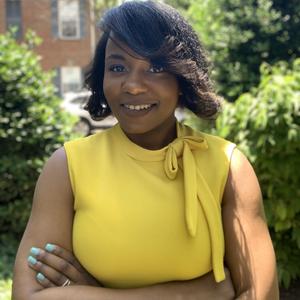 A champion of resilience and empowerment, Kenyora believes in “walking in your own truth with courage to love yourself first, then others.” With an analytical and creative solutions mindset, Kenyora has served over the past decade working with youth and families, college students and administrators, community and government leaders, including the late Mayor Thomas M. Menino of Boston, MA and Congresswoman Ayanna Pressley in her former capacity as the Boston City Councilwoman.

Prior to joining EROC, she has worked for several non-profit organizations and higher-education institutions including Brandeis University, Strong Women, Strong Girls, and Simmons University. Kenyora currently serves on several boards including the President of the African-American Alumnae/i Association of Simmons University and an Advisory Board member of The Every Voice Coalition. Formerly, Kenyora served on the Alumni Association Board at Boston University’s School of Social Work.

Kenyora also holds a Certificate in Community Leadership and Social Change from the Jonathan M. Tisch College of Civic Life at Tufts University through the Institute for Nonprofit Practice. In 2016, Kenyora was recognized as a finalist for the EXTRAordinary Women campaign led by the Mayor’s Office of Women’s Advancement in Boston, MA. In 2021, she was named a “Leader on Fire” by IGNITE National during Sexual Assault Awareness Month. She is also a proud member of Delta Sigma Theta Sorority, Incorporated. She resides in the DMV area with her husband Franklin and their two cats, King and Leo.