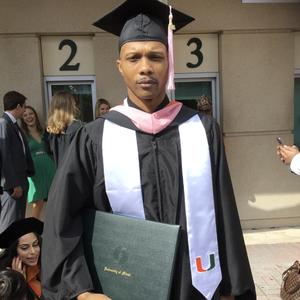 Vinson “Wordsworth” Johnson, is an author, musician, and graduate of the University of Miami’s, Frost School of Music, with a Masters of Music Business, a graduate of Grand Canyon University, with a Masters of Secondary Education, and also a graduate of S.U.N.Y Old Westbury, with a Bachelors of Language Arts. In 2016, he was honored as one of the Top 50 graduates of S.U.N.Y Old Westbury, where he utilized his unique skills to write his collegiate assignments in rhyme, in multiple subjects. In 2020, his book “What Words Are Worth Volume 1: New Beginning” landed at #9 on Amazon’s Top 10 new releases in poetry. He is also known as a Co-creator of MTV’s The Lyricist Lounge Show. His music has appeared in shows such as: Power, Criminal Minds, NCIS, and in films, Hurricane Season and Saint Judy. Wordsworth’s musical contributions expand to animation soundtracks, including Spongebob Squarepants Movie, Dexter’s Laboratory: Hip-Hop experiment, and he currently appears as himself on Netflix’s Peabody and Sherman, Season 1, episode 2. Since his graduation from Frost School of Music in 2016, he has excelled as a teacher and developed a music course curriculum unlike any in the country. The music course captured the attention of Fox 4 News (Link below). Wordsworth was invited as a guest speaker at New York’s Baruch College to speak during one of their music business courses. He plans to turn his course curriculum into a national program. Currently, he’s working on several upcoming music and book releases. Wordsworth is always involved in evolving.