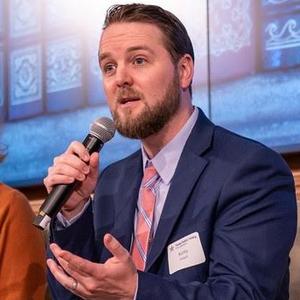 Mr. Indorf joined Great Hearts Texas in 2019 as the Executive Director of Instruction, charged with launching and leading a new strategy and team to support strong instruction and achievement across Great Hearts' growing school network in Texas as well as direct school turnaround. He also currently serves as the Vice Chair of the Board of Directors for Compass Rose Education, a high performing and rapidly growing charter network in Central Texas.

Previously, Mr. Indorf served in various leadership roles at KIPP Public Charter Schools, including Chief Academic Officer, Chief People Officer, Deputy Chief of Academics, and Head of Schools. As Chief Academic Officer, Kurtis led a team to achieve significant growth in the priority areas of SPED, Math, and Science including a $300k budget cut and staffing restructure in SPED while simultaneously increasing the passing rate for students with IEPs by 24.2% in one year.