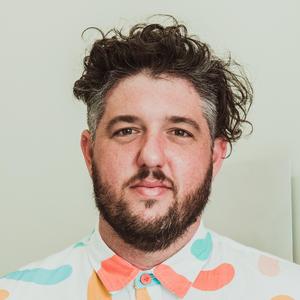 Ryan Swanson is a designer, lecturer, and the founder / creative director of The Urban Conga, an award-winning multidisciplinary design studio based in Brooklyn, NY. Ryan received his M. Arch from the University of South Florida where he later taught as a visiting professor. It was during his thesis where he began exploring new ways of activating underutilized spaces to spark communal connection within his city, and that research later turned into his professional practice, The Urban Conga. Ryan’s work is focused on exploring the idea of a “Playable City” as an ecosystem of multiscale playable opportunities intertwined within our existing urban infrastructure that doesn’t just disrupt but adds to our daily lives. His work investigates how these often once overlooked or underutilized situations can turn into inclusive, stimulating creative outlets sparking more equitable, healthy, social, and economic cities and communities. Through this work, Ryan has collaborated with communities, organizations, businesses, governments, and universities worldwide delivering permanent spatial interventions, temporary installations, workshops, lectures, development plans, and public policy recommendations.