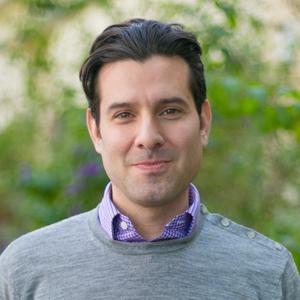 Yoav is principal for the Tech and Society Solutions Lab at Omidyar Network, where he is focused on building long-term resiliency and maximizing the tech sector’s contributions to society.

Before joining Omidyar Network, he served as the founding executive director of The Kitchen, a groundbreaking religious community in San Francisco from which he also launched Hello Mazel, a first-of-its-kind quarterly subscription box of Jewish goods and guides. Under his organizational leadership, The Kitchen became a nationally-recognized leader in millennial and Generation X engagement in Judaism and social justice. Prior to that, Yoav was the executive director of Reboot, a national network of cultural creatives aimed at reinventing ritual and community.

Prior to becoming an Executive Director, Yoav had extensive experience in nonprofit strategy, fundraising, and development, holding roles such as founding partner and senior consultant with BuildingBlox Consulting, associate director of development at Stanford Law School, and development officer at the Jewish Community Center of San Francisco.

Yoav received his B.A. from Stanford University, where he graduated with a major in religious studies, a minor in political science and honors in international security studies.