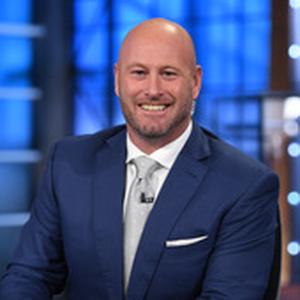 Former Super Bowl-winning quarterback Trent Dilfer was an analyst for a variety of ESPN programs. Trent was featured on Sunday NFL Countdown during the NFL Season and the game site portion of Monday Night Countdown. He was heavily involved with ESPN’s coverage of the NFL draft including anchoring SportsCenter’s “On The Clock” segments and served as the NFL analyst for days two and three of Live Draft coverage. Trent also contributed to NFL Live, NFL PrimeTime, Audibles and a variety of ESPN Radio programs. Trent was nominated for a Sports Emmy award following the 2011 season.
The 14-year NFL veteran joined ESPN in July 2008, the same day he announced his retirement from the National Football League.

During the NFL off-season, Trent also runs QBEPIC along side NFL Network’s Bucky Brooks. The idea was to create an ecosystem that nurtures young athletes to reach their own personal potential and appreciate their own unique journey. As a result, the EPIC brand was born.

Trent is married to his college sweetheart Cassandra Dilfer and they have four children, Madeline, Victoria, Delaney, and Trevin.