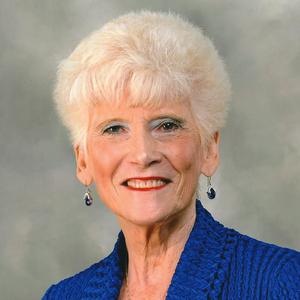 School Board of Broward County

Susan Colton taught in public school classrooms and served as a highly respected, nationally recognized principal for thirty years. She is a sought-after speaker, trainer, and facilitator who specializes in building positive relationships with diverse communities and putting students "at the top of the organizational chart." She also served as Director of Leadership Development for Broward County Public Schools; the sixth largest school district in the nation, and an educational consultant with Macmillan Publishing Company. She wanted to be a teacher since she was six-years-old.

In 1999, Susan received the Florida Commissioner’s Award for Outstanding Leadership, and in 2000, she was named a National Distinguished Principal, representing public school leadership from her state of Florida at our nation’s capital. In 2013, Susan was selected as one of seven inaugural Hall of Fame Distinguished Alumni by the Broward Education Foundation and received her very own granite star in the Walk of Fame outside of district headquarters. For fun, Susan was an “awesome alto” with the Broward County Singing Principals, performing at major local events and national principal conferences.

In 2013, Susan retired to care for her mother, who had Parkinson’s disease. In 2016, she not only lost her mom in February, but her best friend in October, and her husband in December, right before Christmas. This past year, Susan has worked on reinventing herself and discovering who she is now. As a volunteer with the Broward Education Foundation, Susan serves on the Community Engagement Committee and facilitates community conversations. Her passion is to prevent the privatization of public schools and bring back the joy of learning.

Susan lives in Pompano Beach, Florida with her two cats, Miss Kitty and Mr. Bojangles. She has recently published her first book, Principal’s Passion: A Quest for Quality Public Education, which is a bestseller on Amazon.

Be Your Own Answer: Self Care for Teachers at Hilton Austin Downtown Salon A

Be Your Own Answer: Self Care for Teachers at Hilton Austin Downtown Salon A