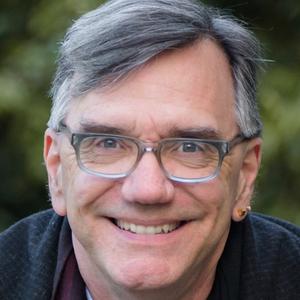 Bill Burnett is an Adjunct Professor and the Executive Director of the design programs at Stanford. He received his Bachelors of Science and Masters of Science in Mechanical Engineering - Product Design at Stanford in 1979 and 1982.

He directs the undergraduate and graduate program in design and teaches classes at the d.school. In addition, he has worked in startups and Fortune 100 companies, including seven years at Apple, designing award-winning laptops and a number of years in the toy industry designing Star Wars toys. He holds a number of mechanical and design patents and design awards, and, in addition to his duties at Stanford, he is on the board of VOZ, a socially responsible fashion start-up, and advises several other start-up companies.

Bill is the co-Director of the Life Design lab and co-author of Designing Your Life, a book that captures the lessons from 9 years of teaching the Stanford class of the same name. Based on design thinking and positive psychology, the book attempts to help people answer the question, "What do I want to be when I grow up?"