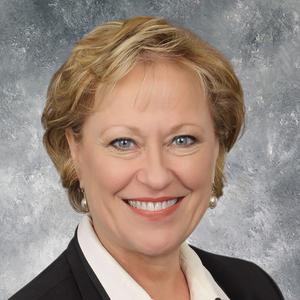 Dr. Karen Garza has dedicated her life to bettering educational opportunities for all students. Over the last three decades, she has served in several roles in school districts, including superintendent and chief academic officer. In 2017, Karen Garza joined Battelle for Kids as the organization’s President and CEO.

Karen served as the superintendent of Fairfax County Public Schools (FCPS)—the 10th largest school division in the U.S.—serving a diverse student population of more than 186,000 students, from 2013–2016. She was the first woman superintendent in the school system’s history. Dr. Garza worked closely with the School Board to implement many innovative initiatives in FCPS during her tenure. She led the development of the Portrait of a Graduate—a profile of the knowledge and skills that the community believes is important for graduates—and the center of the district’s strategic plan. She also led the implementation of Project Momentum, a targeted school improvement initiative with a focused approach for schools most at risk of losing state accreditation.

A veteran educator, prior to FCPS, Dr. Garza was in Lubbock, Texas, where she served as the first woman superintendent of Lubbock Independent School District (LISD) from 2009 to 2013. Previously, she served as chief academic officer for the Houston Independent School District (HISD), where she was responsible for the learning of more than 200,000 students and the management and success of more than 300 schools.
Under Karen’s leadership, Battelle for Kids provides innovative services, solutions and products that empower teachers, leaders and school systems to advance educational equity and opportunity for all students. Battelle for Kids has collaborated with educators in more than 30 states. The organization is proud to have earned more than 60 state and national awards for work completed on behalf of education organizations across the country.