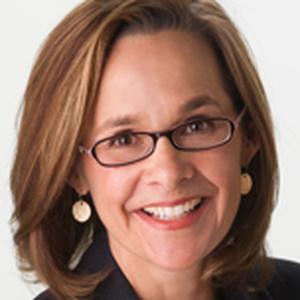 Valerie is the President and Co-Founder of EdLeader21, the PLC dedicated to helping district and school leaders scale and sustain 21st century education practices system-wide.

Along with Ken Kay, she is the author of The Leader’s Guide to 21st Century Education: 7 Steps for Schools and Districts (2012), published by Pearson Education.

From 2011-2015, Valerie served as Chief Learning Officer, establishing EdLeader21's strategy for building capacity throughout the network. She and her team produced a number of implementation tools and resources such as the 4Cs Rubric, the Common 4Cs Performance Task Project and STEP21.

Previously, Valerie served as the Director of Strategic Initiatives for P21 (Partnership for 21st Century Skills), where she established and led work to integrate career and college readiness skills into standards, assessments and curricula. She worked closely with state and national leaders to ensure core academic standards and assessments appropriately targeted higher order thinking skills.

Valerie earned an M.Ed. in educational media and computers from Arizona State University and a master's in English from the University of Arizona. She is an honors graduate of Vassar College.

Valerie was raised in southern Oklahoma and has called Tucson home since 1993. She’s a sports enthusiast—a golfer, runner and fan of everything from English Premier League to the Packers to the Phoenix Mercury. She and her husband are enjoying the full-court press of life with two witty teenage daughters.