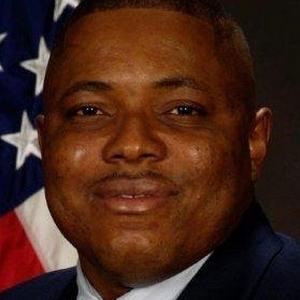 Mr. Pitman Kennedy was born in Liberia, West Africa. He escaped his homeland at age 17 and survived as a refugee in Sierra Leone from 1989 until 1992 when he migrated to the United States. Mr. Kennedy joined the Air Force in 1995 and completed a successful 21 year career, retiring as a Master Sergeant. Mr. Kennedy is an avid basketball coach, mentor, and leader who infuses life lessons to his athletes using basketball as a vehicle. He is the owner of Sweat Equity Basketball Skill Development, LLC, where he performs skill development for young athletes. He is also certified by USA Basketball as a Youth Development Coach, and works with renowned and legendary Coach John Lucas as a camp counselor and skills coach for John Lucas Basketball Resources. Mr. Kennedy served as Head Coach for Wright-Patterson Air Force Base Mens basketball team, Wisenborn Junior High, and and a Varsity Assistant at Wayne High School in Dayton, Ohio. His son Isaiah Kennedy is considered one of Ohio's top Point Guard prospects in the 2020 class. Additionally, Pitman, is a motivational speaker, leadership consultant, mentor, and is currently concluding his Ed.D in Organizational Leadership at Grand Canyon University, Arizona.