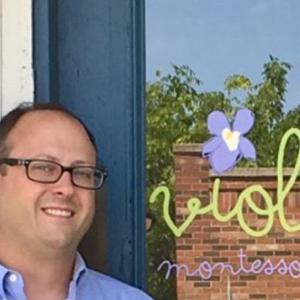 Matt started his career with McKinsey & Company, a management consulting firm, where he became a partner and leader in the Firm’s work with financial institutions. His other area of focus was school districts and educational organizations, including the New York City Board of Education, Teach For America and TNTP.

In 2016, Matt met MIT Media Lab professor Sep Kamvar, founder of the Wildflower school model. Together they created The Wildflower Foundation as an independent organization to support the development of the Wildflower model and the spread of Wildflower schools, and to develop new technologies that support integration of data-driven and standards-oriented educational approaches with child-centered Montessori methods.

Matt sits on the advisory board of Montessori For All, and is a dedicated booster of the efforts to make the Montessori method work for all children. He has previously served as the Board Chair of Minneapolis-based charter school Bright Water Montessori, Leadership for Educational Equity, Students For Education Reform and as the founding Board Chair of 50CAN.

Matt received an undergraduate degree in economics from Harvard University and currently lives in the Twin Cities area with his wife, two daughters, and two dogs.