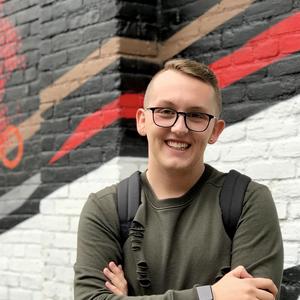 Well caffeinated and goal driven, Ian Coon is a Des Moines, Iowa native. Ian is constantly tweeting about those typical Generation Z topics of school inequality, politics, race, and trendy music. Outside of the digital world, Ian is a current student at Wartburg College, a small, liberal arts school, in Waverly, Iowa. As a freshman in high school, Ian co-founded the Iowa Student Learning Institute, a 501c3 non-profit organization dedicated to revolutionizing student voice in Iowa. Over four years, the organization has reached over 200 high schools and 1,500 K12 students in the state. Working on a larger scale, Ian is the Director of Communications for Student Voice, a national non-profit founded in 2012 to strengthen the student movement for more equitable schools. Thanks in part to his effort, Student Voice had 47 million impressions on Twitter in 2016 alone. When Ian is not networking, traveling, or sharing he enjoys taking photos, shooting video, adventuring to find the best guacamole in the world.