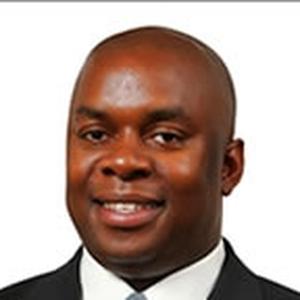 A member of Mayor Bill de Blasio's cabinet, Richard Buery leads some of the City's key initiatives to expand opportunity. He is the architect of Pre-K for All, which for the first time provides free, full-day Pre-K for every 4-year old in NYC, growing enrollment from 19,000 to nearly 70,000 children in a year and a half, and is now leading its expansion to three-year olds. He leads the Community Schools Initiative, School's Out NYC, guaranteeing free afterschool programs to every middle schooler, and ThriveNYC, a groundbreaking effort to reimagine how the City's supports the mental health of all New Yorkers. As the City's Minority/Women-owned business director, he led the creation of the Mayor's Office of M/WBEs, and oversees an ambitious multi-agency effort to award 30% of city contract dollars to M/WBEs by 2021. He is also the founding chair of the NYC Children's Cabinet and oversees the Departments of Youth and Community Development, Probation, Aging, Veterans Services, Immigrant Affairs, the Young Men's Initiative (MBK) and the Office for People with Disabilities. He also serves as the City's liaison to the City University of New Yorkr.

Buery joined the administration from the Children's Aid Society, one of New York City's oldest and largest social service organizations, where he was the youngest president and chief executive officer since the organization was founded in 1853. His achievements include founding the Children's Aid College Prep Charter School, a community school that provides rigorous academic instruction and comprehensive social service to high-needs families in the South Bronx. A graduate of Harvard College and Yale Law Schools, Buery was a 1992 Michael Clark Rockefeller Fellow, a 2016 Pahara-Aspen Institute Education Fellow, and a 2012 Fellow of the British American Project.