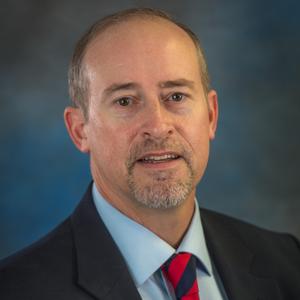 Cameron "Cam" Carlson has serves as the Program Director for the Homeland Security and Emergency Management graduate and undergraduate programs at the University of Alaska Fairbanks (UAF) School of Management. He additionally directs the collaborative efforts of the Center for the Study of Security, Hazards, Response, and Preparedness (C-SSHRP), coordinating academic and research activities related to participating organizations, faculty members, and researchers. Ongoing initiatives include work with U.S. Northern Command (NORTHCOM), Alaskan Command (ALCOM), and the Center for the Study of Civil-Military Operations (CSCMO) at the United States Military Academy, West Point and a variety of ongoing campus based activities.

Previously, Cam served as a Project/Deputy Project Manager as part of the High Threat Protection Program for Triple Canopy in Baghdad, Iraq; Director of Emergency Management for the University of Alaska System; and Site Lead and Senior C4ISR Trainer for General Dynamics Information Technology.

Cam entered in the U.S. Army in 1981 and served in a number of overseas assignments including Berlin and Italy, and deployed extensively throughout Africa, the Middle East, Central Asian States, and Haiti. He retired in 2006 after 24 years of active duty service.

Additionally, Cam holds a Ph.D. in Security and Disaster Management from UAF, an M.A. in International Relations from Webster University, and a B.S. in Biology from Monmouth University.