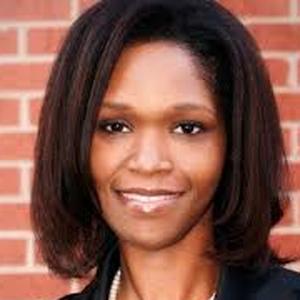 Nicole Conley Johnson is the chief financial officer for the Austin Independent School District, where she is responsible for managing a more than $1 billion budget. AISD serves 130 school communities with more than 84,000 students, including her two sons.
She has more than 15 years of financial management experience, more than a decade of which has been in an executive role. She has amassed a breadth of knowledge from serving large, complex urban systems, including: the New York City Department of Education, District of Columbia Public Schools, Fairfax County Public Schools and Atlanta Public Schools. She is nationally recognized for her deep expertise in school finance and for turning around troubled financial systems.
At AISD, she leads and manages the district's financial division, which comprises more than 1,600 team members and includes the bond program, construction management, facilities, federal and state accountability and grants, food services, HUB program, innovation and development, purchasing, service center, transportation, and warehouse operations. Recently, Austin voters approved $1 billion bond program to modernize AISD schools and address critical deficiencies.
Under her leadership, AISD has earned some of the highest financial ratings in the state by multiple ratings agencies, including a superior rating by the State of Texas. The district also has earned awards and accolades such as the Government Finance Officers Association's Distinguished Budget Presentation Award, the Texas Comptroller of Public Accounts' Leadership Circle Award for Budget Transparency and the Association of School Business Officials International's Certificate of Excellence in Financial Reporting, as well as its Meritorious Budget Award.
Speaker of the Texas House Joe Straus recently appointed her to the Texas Commission on Public School Finance, which will recommend ways the legislature can reform and improve the state’s system of paying for public education. In 2011, she was named the Non-profit CFO of the year by the Austin Business Journal and she earned the Umstattd Award from Phi Delta Kappa, University of Texas Chapter for outstanding service to public education.
As a mom and CFO, she brings community perspectives into the finance and business operations and remains keenly focused on the bottom line: students' success.