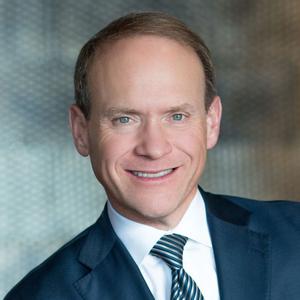 Dr. Vince Bertram is president and chief executive officer of Project Lead The Way (PLTW). Since joining the organization in June 2011, PLTW has grown to serve more than 10,500 schools across the U.S., trained thousands of teachers, and received numerous national recognitions and awards. In 2014, he was appointed by the U.S. Department of State to serve as the education expert for its United States Speaker and Specialist Program. He was appointed by Governor Mike Pence and reappointed by Governor Eric Holcomb to serve on the Indiana State Board of Education, and he serves on the Olin College of Engineering President’s Council. He has testified before the U.S. House of Representatives, is a frequent contributor to the Huffington Post and other national publications, and is a New York Times bestselling author with his books Dream Differently: Candid Advice for America’s Students and One Nation Under-Taught: Solving America’s Science, Technology, Engineering, and Math Crisis.

Prior to joining PLTW, Dr. Bertram spent 20 years in education as a teacher, principal, and superintendent of Indiana’s third-largest urban school district.

Dr. Bertram holds an Ed.D, MS, Ed.S, and BS degrees from Ball State University, a master’s degree in education policy and management from Harvard University, and MBA degrees from Georgetown University and ESADE Business School. He also earned an executive certificate in strategy and innovation from the MIT Sloan School of Management, and is an alumnus of the Chicago Management Institute at the University of Chicago’s Booth School of Business. Dr. Bertram received an honorary doctorate in engineering from the Milwaukee School of Engineering, was named a "Distinguished Hoosier" by Governor Mitch Daniels, received the "Intellectual Contributions and Faculty Tribute" award for his contributions to the intellectual life at the Harvard Graduate School of Education, and received the “Distinguished Alumni Award” from Ball State University.